SoRyang plays Piano Recitals worldwide including at the Carnegie Hall in New York.

At the age of 16 years she left her hometown Seoul / Korea and graduated in piano studies in the master class of Professor Detlef Kraus at the FOLKWANG-Musikhochschule in Essen with a degree as a concert pianist. She received the first Folkwang-Prize and the first special prize at the International Brahms- Competition in Hamburg. Afterwards, SoRyang went to Vienna for her postgraduate studies.

She took classes with Professor Noel Flores and Professor Georg Ebert at the University for Music and Performing Arts and graduated as Master of Arts.

SoRyang played piano concerts with different orchestras, so as Folkwang Orchestra Essen and Austrian-Korean Philharmonic (founded in 1999 by the UN Secretary-General Ban Ki Moon) under conduction of Sascha Götzel, Los Angeles Chamber Orchestra, Sacramento Philharmonic Orchestra, Princeton University Orchestra, Shanghai Conservatory of Music Orchestra and the orchestra of the National Music Academy in Sofia (Bulgaria). On July 16th, 2016 SoRyang performed at HARPA-Hall Reykjavik. A German TV crew accompanied her on this tour. The video will soon be available at soryang.at

In addition, she became known through some of her piano compositions that had been selected for the adaptation of old silent films at the Vienna film festival “VIENNALE”. With her idea to present classical piano music to a wide audience at historic sites of major European cities, she has become known far beyond her new home Austria. CDs with live recordings of these open-air concerts were produced by Preiser Records and sold as a bestseller.

Former CEO of PREISER RECORDS marked SoRyang as “most extraordinary pianist of Europe”.
Many of the masterpieces were also recorded with the modern high-tech system CEUS by the Viennese company Bösendorfer and used in product advertising. 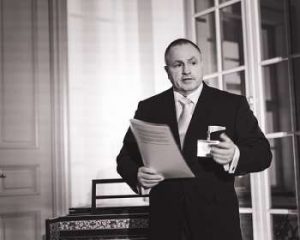 “A classical concert is a living experience, a lasting part of life. VIENNA CLASSIC brings these moments closer to you. VIENNA CLASSIC promises you renowned artists and orchestras who perform classical masterpieces in the best quality. I invite you to the magic land of classical music.“